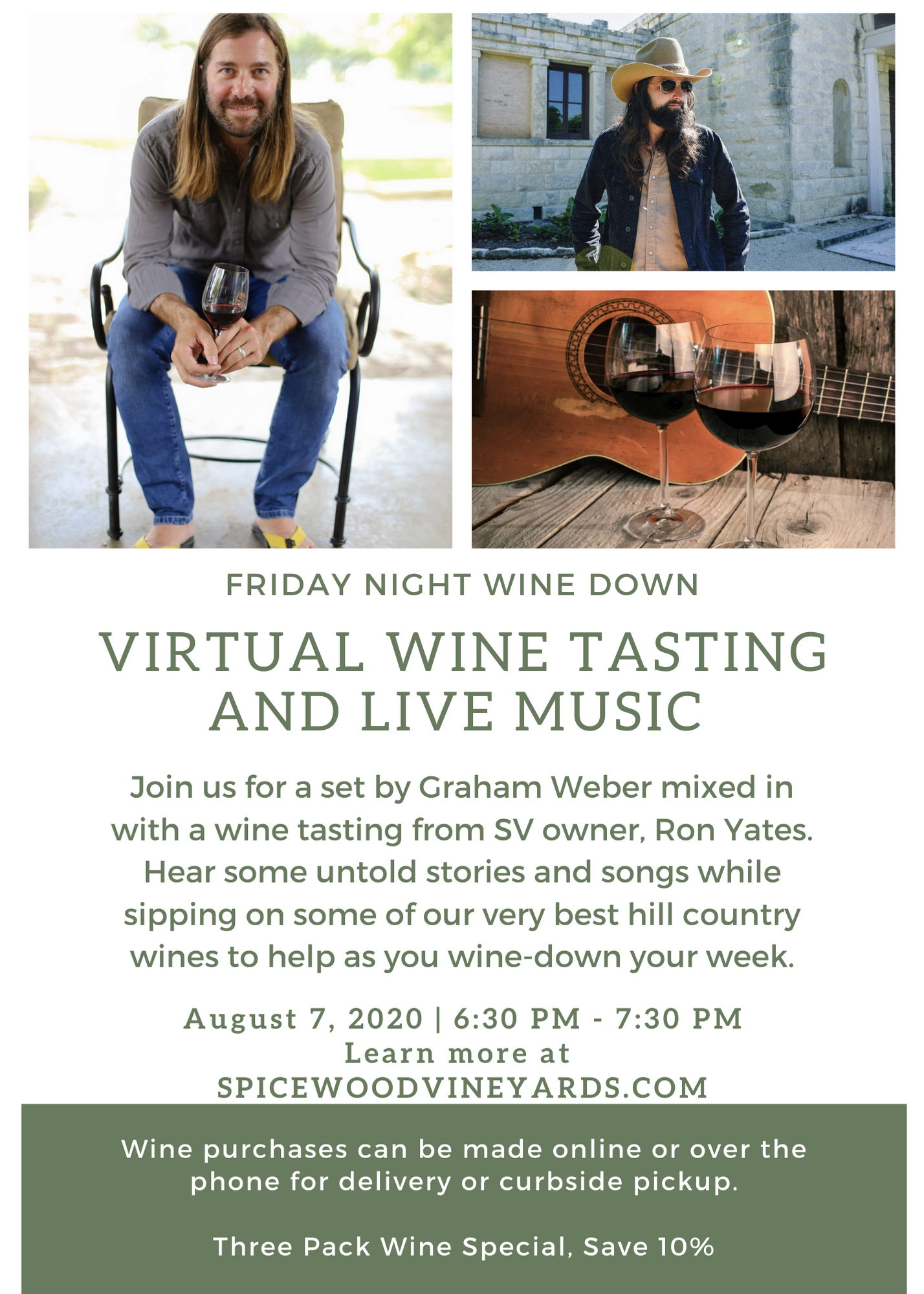 Join us as we taste through three of our current favorite wines.  We will start with the 2019 Grenache Rosè, 2017 Tempranillo Texas High Plains, 2016 The Good Guy.  You can buy individuals to taste, or purchase the Friday Night Wine Down 3 Pack that comes with a 10% discount.

Born and raised across the midwestern United States, Graham Weber has been a proud resident of Austin, Texas since 2004. He has released five solo studio albums and two live albums, toured North America and Europe, and has supported many of his songwriting heroes including Guy Clark, Slaid Cleaves, Todd Snider, Ramblin’ Jack Elliott,  Alejandro Escovado, and many more. In addition to performing as a solo troubadour, he is a member of critically acclaimed Americana Rock & Roll band, Western Youth.

You'll get our occasional newsletter to let you know about our latest releases, upcoming sales, and exclusive insider access events!